Making a 3d game in assembly Autumn and Winter 2019

During the Autumn of 2019 I started working on the actual game project. Most of the time was spent trying to learn and understand DirectX 11, I probably had to understand it a bit more than most have to when starting out with DirectX since I had to connect it to my assembly code. I had to recreate all structs that are used by DirectX functions carefully making sure the data sizes of each element in the structs matches. It was a very good exercise even if it was quite frustrating at times.

I started with just making vertices that connected to each other to look like roads together with some basic camera controls. I used additional vertices to draw lane marking lines. A short video of this is shown below. 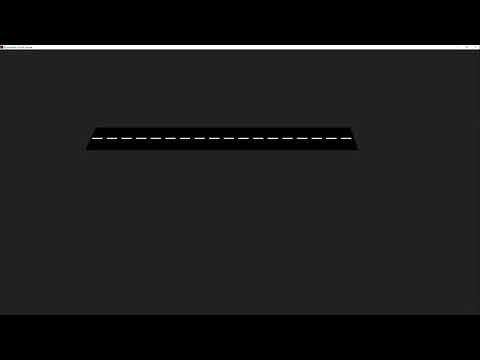 Then I created a small road editor allowing to place road segments on the map. The mouse picking for translating the mouse 2D screen position to a 3D position in the world was the most challenging part of it. A short clip showing the road editor in action as it was can be seen below. 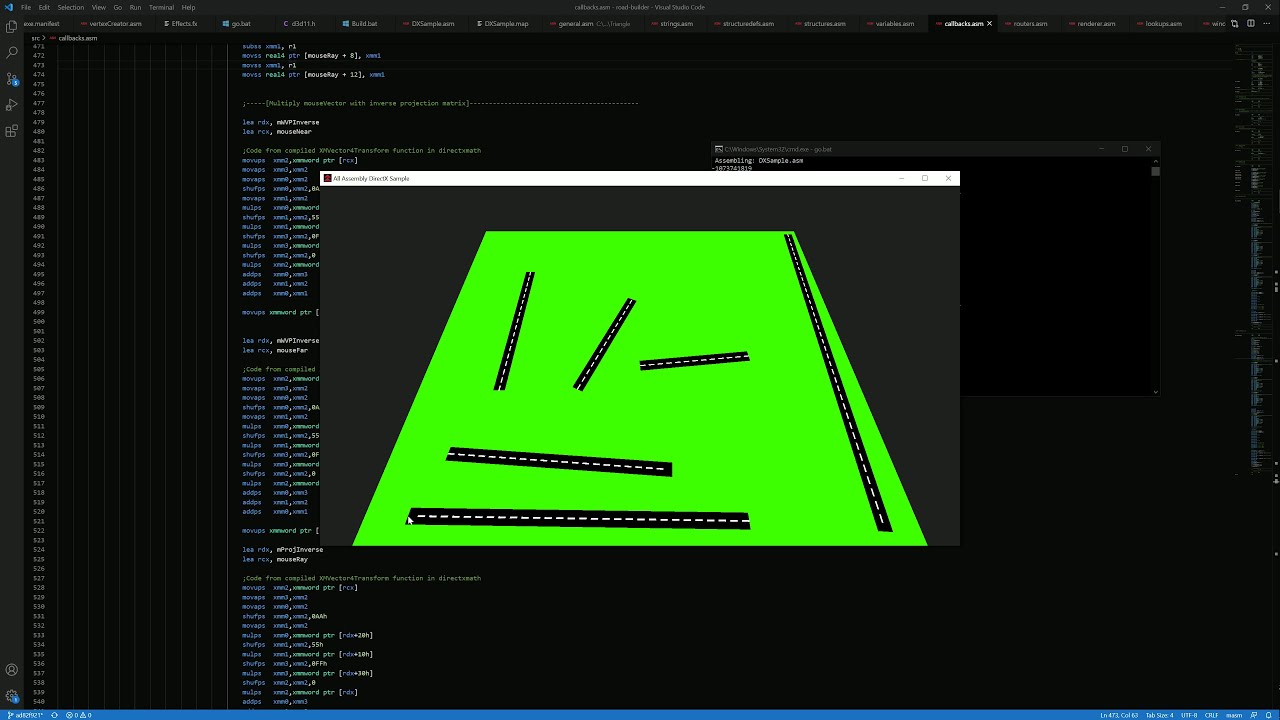 After that I started to work a bit on a simple lighting model with diffuse and specular lighting. I also improved the camera to allow changing the angle of it. A small demo is shown in the video below. 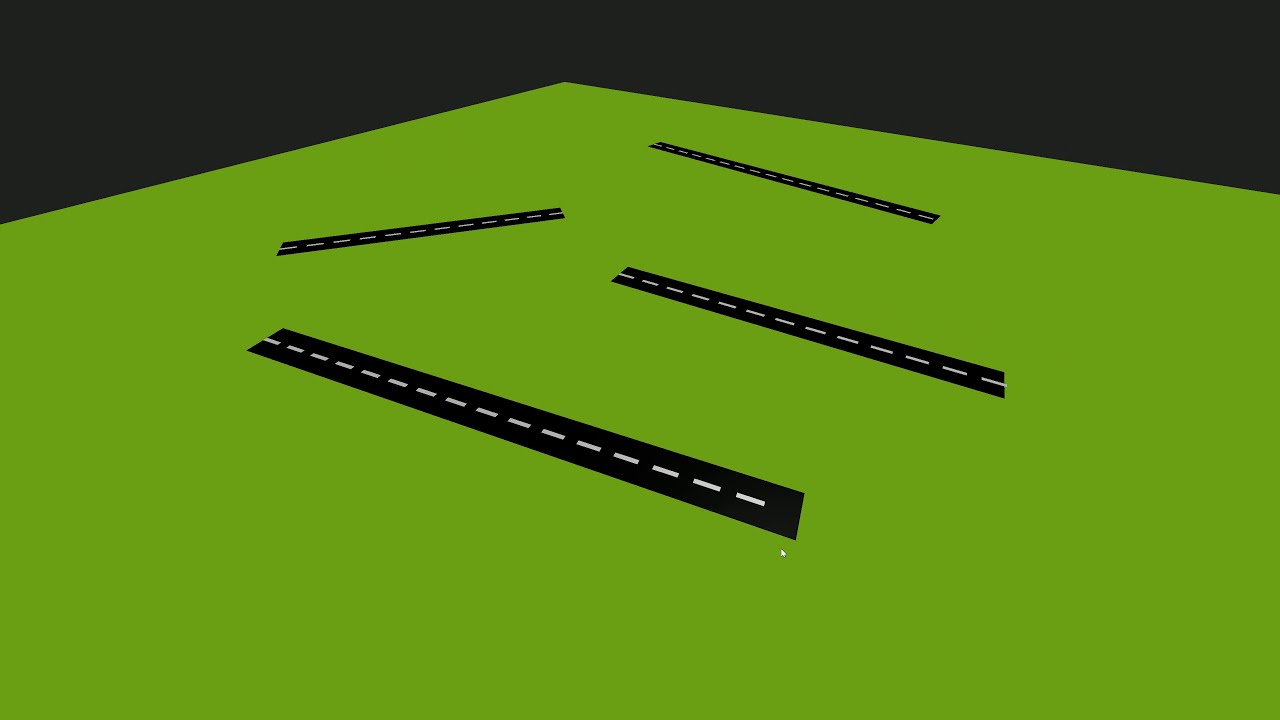 Then I added the first terrain, first a simple version with some very artificial hills followed by terrain based on a heightmap from a bitmap file. I also added water by creating a plane with a grid of vertices. These vertices are then animated in the vertex shader. Since I want to have a low poly look on the water the normals need to the same for each vertex on a triangle. And since the vertices are changed each frame by the vertex shader to create the animated water I had to calculate the normals in a geometry shader each frame to get them right. The heightmap version of the terrain with the water can be seen in the video below. 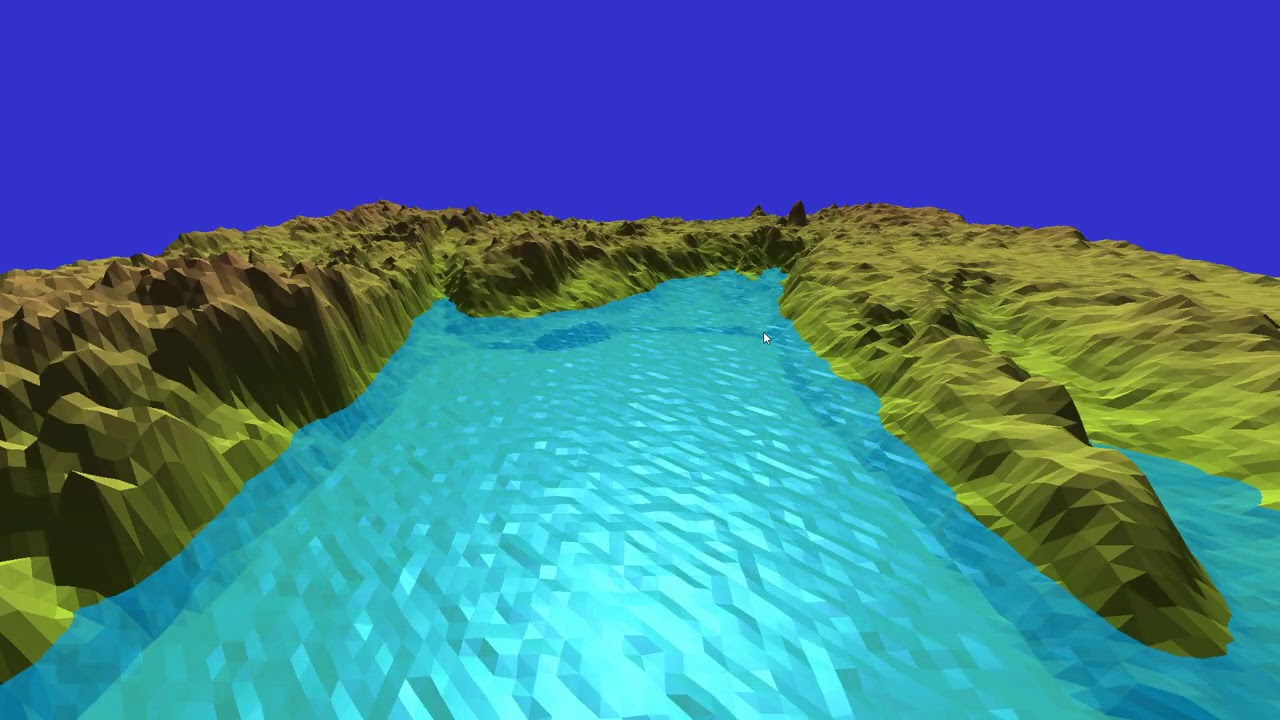